SOME OF THE TALENT 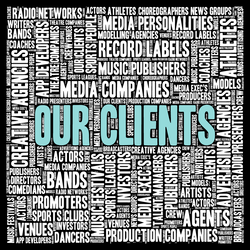 And here is an example of some work,